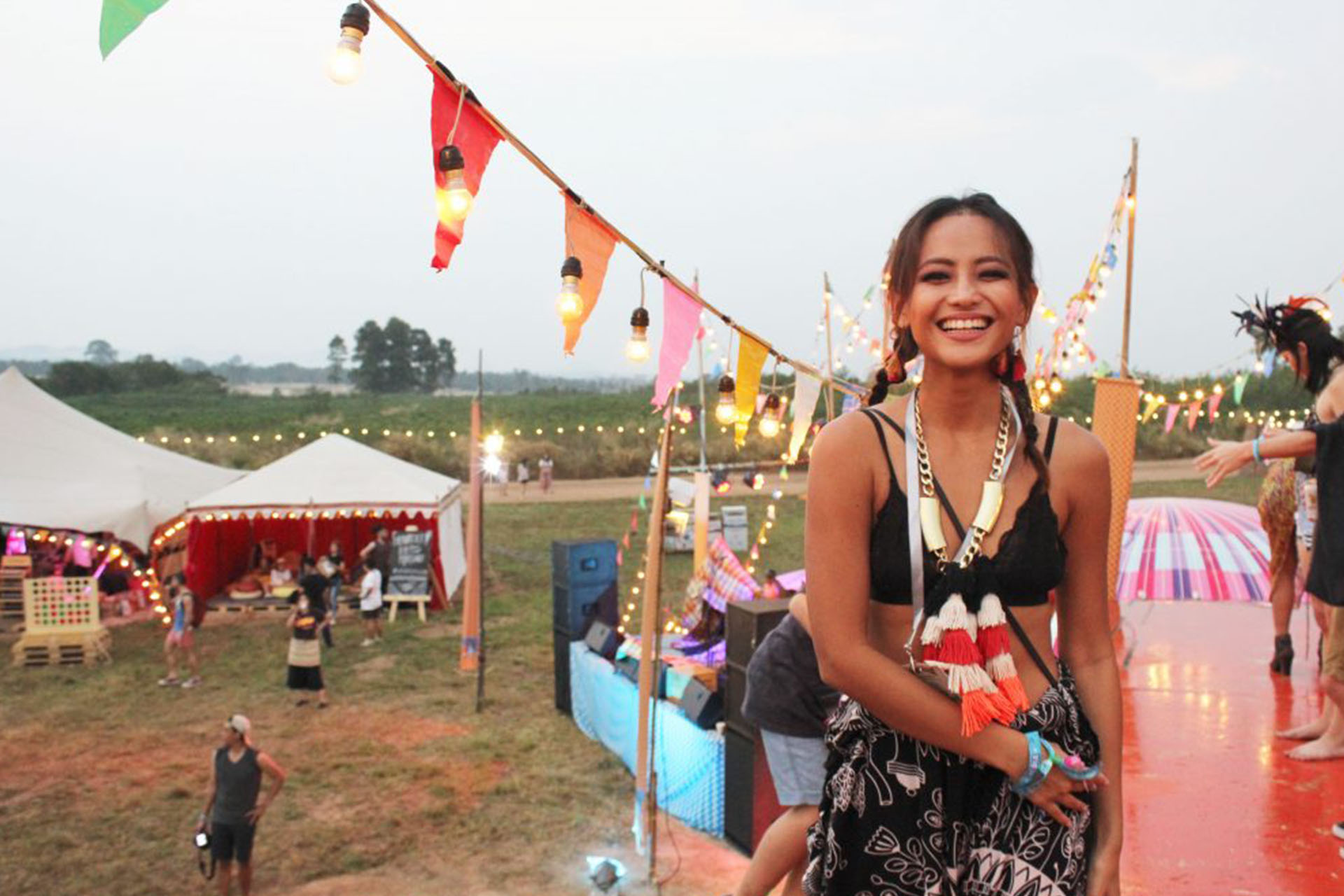 I got the sense that there were two distinct festivals going on simultaneously: one was the wholesome, healthy, family-friendly day-time Wonderfruit Festival, and the other an insane rave-till-dawn.

Wonderfruit Festival has finally arrived! This weekend marks a year since my first visit to “The Fields” at Siam Country Club. To celebrate, let’s do a quick trip down memory lane via some key “hacks” to experiencing this festival the best way possible!

Don’t make the same mistakes we did (lol), and take these life-savers to heart…

Because as we learned the hard way, you can’t really do both unless you’re on something intense AF. We tried to do yoga in the morning, sweat it out under the strong Southeast Asian sun, went home to freshen up and change for evening, tried to catch the sunset, and then partied until the wee hours.

Doing that on the first day is the surefire way to kill you for the rest of your time there, so if I were you, I would try NOT to do everything within a 24 hour period. Spread out your activities across the 3-to-4 day period and make room for down time!

This is particularly so for people who aren’t camping on site, because once you’re on the fields, you’re most likely staying there until you’re calling it a day.

#3: Keep your valuables on your body

Yeah yeah, it sucks to dance with a backpack on, but those can actually get stolen in Wonderfruit if you’re not careful. So if your bag might at any point get unattached from you, you better make sure all the really important stuff are literally on your body / in your pockets like money, ID, phone (or go cashless, if that’s not already totally obligatory).

Last year, someone from our group left his backpack on one of the towers at the Solar Stage at 6am as he danced on the edge. It disappeared and we never found it again.

One of the best things about going to these types of festivals is the freedom to express yourself as imaginatively as possible. Go wild, you won’t get the chance to do it everyday! Part of Wonderfruit’s magic are the people walking about in visually inspiring ensembles – be part of that magic!

On one of the evenings, we took the shuttle bus from our hotel and ended up sharing the ride with three French DJs who got us into the performer tent with full buffet catering! They were also a wealth of information on ‘secrets’ we wouldn’t otherwise have known by a simple Google Search or scanning the Wonderfruit app / website 😉

Talk to people, you never know what you can learn from them!

#6: Book a Wonderfeast early on in the festival

Do NOT book one on a day when you will probably hungover, like we did for lunch on the Saturday. Try Friday, or a dinner at any point.

#7: Rave after midnight at the Quarry

One of my most unforgettable Wonderfruit moments was joining the mass exodus of night owls from the main festival grounds where stages were closing one by one – walking through the thick vegetation of a crop field for some time – and ending up at the clearing that was the incredible venue called The Quarry.

I can still remember the sets we saw that night: a hardcore three hours of Richie Hawtin, and then a trippy joyride with Craig Richards.

The Quarry is not open all the time, and so you need to time your experience there properly. For me, it’s the most ethereal venue of Wonderfruit because of the smoke, the isolation from the rest of the festival, the overhead vegetation enclosing you, the no less than awesome organic-futuristic stage and lighting setup… the list goes on.

You can take a break at one of the platforms on the wings of the area as well, if you need to sit down or chill the fck out because that venue can get overwhelming!

It was also at The Quarry that I realized I was seeing people I would never encounter in the festival proper under the light of day. I got the sense that there were two distinct festivals going on simultaneously: one was the wholesome, healthy, family-friendly day-time Wonderfruit, and the other an insane rave-till-dawn.

#8: Catch the Sunday daybreak on top of the Solar Stage

That golden Thai sunrise was a spectacular sight to see, enhanced by a Be Svendsen set easily rivaling his regular ones at Burning Man. Jump on the trampolines, climb the towers, or lay down on the grass below – or do all – it’s up to you!

#9: Show off your special talent

At around 9am there was a spectacular hula hoop / gymnast who was doing her thing on the lawn, dancing and contorting gracefully to the music as we stood there mesmerized.

Can you hula hoop? Ballet? Acro-yoga? Fire-dance? Poi? Do gymnastics?

If you’ve got a special talent, this is the place to show it off!

#10: DO NOT book a flight that you know you will take hungover

I know there’s work to get back to and flights can be cheaper this way, but you need to give yourself time to recover. I don’t say this with pride, but the number of times I thought I was gonna puke, faint, or die after partying non-stop for 20 hours and then having to shower, change, pack, get on a car to Bangkok, check into my flight to Hong Kong, and then through immigration in between all of that… needless to say, I would have done things differently given another chance!

#BONUS: Come with an open mind

Do something new, don’t judge, discover new music, artists, acts, engage differently… you will have every opportunity to do all that and more, so take them as they come! 💗

Finally, enjoy Wonderfruit and see you at the fields!

Have you ever been to the Wonderfruit Festival before? Do you have any other tips to add to this list? Are you planning to go? Share your thoughts & experiences at the comments!

If you’re planning to see a little bit of Thailand before and / or after the festival, check out TripGuru’s nearby tours in Bangkok and Pattaya!