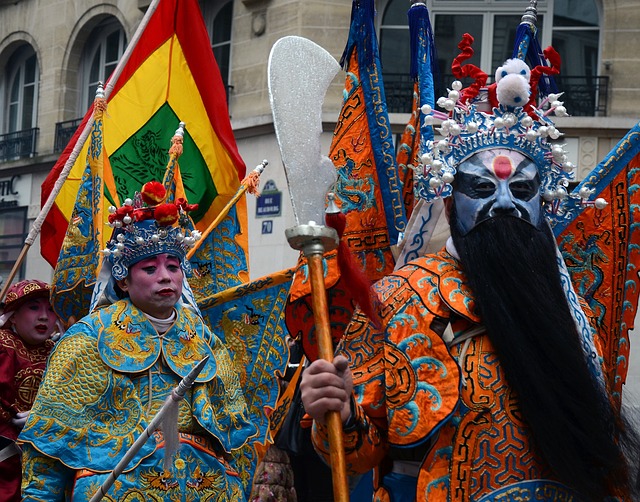 Thought New Years was the same all around the world? Spoiler: It’s not all overpriced drinks and horrible hangovers on January 1st. In fact, January 1st isn’t even the start of the year in many cultures.

Today, we’ll be listing down some of our favorite New Year traditions in Asia. So if you’re traveling in the region from February to April, why not time your plans around these unique and colorful celebrations?

As one of the oldest civilizations in the world, the spread of Chinese culture is apparent around Asia. It’s not just in China that they celebrate Chinese New Year though; the celebrations are also widespread in Malaysia and Thailand.

A giant animal somewhere between a lion and a bull is central to Chinese New Year traditions. It’s thought that the monster will appear during the holiday if it isn’t correctly fought off, hence locals paint their houses red and set off firecrackers to scare him away. You’ll see giant dancing dragons during Chinese New Year, as well as noodle throwing contests. It’s thought that the longer the noodles, the longer your life!

China ruled over Vietnam for over 1,000 years and, as a result, the Lunar New Year became part of the culture.

Tet has some similarities to Chinese New Year, but plenty of differences too. The main focus of the festival is bringing families together and welcoming distant relatives. Families fill their houses with peach trees to display good fortune and share rice-based meals with their loved ones.

As a traveler to Vietnam, you should be aware that most restaurants and shops close during Tet. Buses also cease to run during the holidays so be sure to plan ahead to avoid getting stuck.

A post shared by HelloBeautifulWorld_reizen (@hellobeautifulworld_reizen) on Mar 7, 2019 at 12:37pm PST

This unique ceremony is different compared to other New Year traditions in Asia. During this annual holiday in Bali, it’s thought that demons fly over the island, looking for wrongdoers. To avoid attracting the spirits, Balinese people stay inside during Balinese New Year and avoid making noise (even speaking) and using electric lights. They can even be fined by police for being outside during these dates.

Like Tet, you should make plans ahead of time if visiting for Balinese New Year and even consider traveling to the airport the day before if your flight falls on March 17. Many hostels in Bali will provide free food for guests during Balinese New Year as local cafes and restaurants will be shut.

Despite being less vibrant and exciting than other New Year traditions in Asia, this is still one to tick off your bucket list. Saying you’ve avoided the Balinese demons is a tale to tell the grandkids, right?

Not only is Songkran an important celebration to see in the Thai New Year, but it’s also a lot of fun. This annual water fight takes place all over the country during a two-day period. Locals and tourists alike fill up water pistols and take to the streets, drenching anyone who passes by.

The meaning behind the festival is just as refreshing as the icy water on a humid April day. It aims to wash away any bad feeling or negativity associated with the old year, bringing in the New Year with a clean slate. Sounds like we could all use a Songkran once in a while!

So what do you think of these New Year traditions in Asia? Will you be journeying to any one of these countries to experience them? Let us know in the comments!