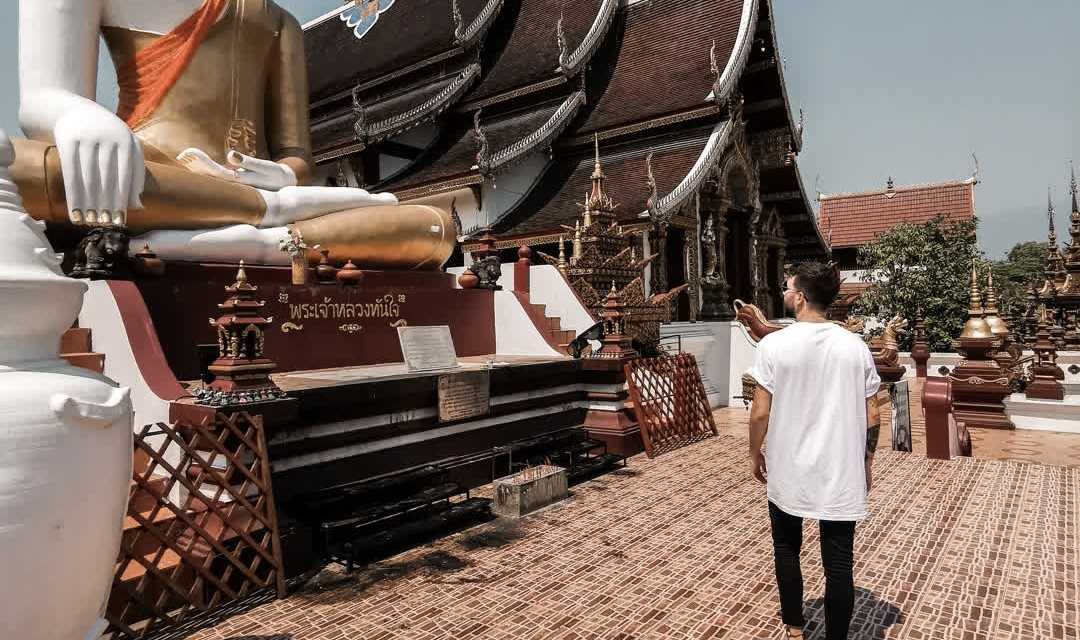 As one of the top 25 small cities in the world, Chiang Mai is a cultural gem that may not be as popular as its sister city of Bangkok, but is all the more loved for its idyllic atmosphere, fascinating temples, and mouthwatering street food.

But before you go on your merry way, you might have some questions: When is the best time to go? Does Chiang Mai experience monsoons? Are there months I should avoid visiting?

We’re answering all your FAQs about the weather in Chiang Mai below!

Where is Chiang Mai?

But first, you may be wondering… where is Chiang Mai? This city in northern Thailand is approximately 600km away from Bangkok via plane. If you’re taking public transportation from the capital such as a bus or a train, it’s around 700km away. (Although, we would highly recommend taking a plane to save you the time you’d spend on the road. You can find cheap domestic flights that’ll take you to and from Bangkok to Chiang Mai!)

What are the seasons in Chiang Mai?

The weather in Chiang Mai can generally be divided into three seasons: wet or rainy, cool, and hot. The wet/rainy season runs from around August to October; the cool season usually starts around November and lasts until February, while the hot season lasts from around mid-March to mid-July.

What is the average temperature in Chiang Mai?

Yes, Chiang Mai’s tropical climate makes the city privy to heavy thunderstorms and staccato showers. August and September in particular, experience the heaviest rainfall during the year. The persistent rains make this an inopportune time for many tourists to visit Chiang Mai. However, the rainy season also brings with it many deals and promotions, with prices seeing a considerable drop compared to the city’s high season.

When is the best time to visit Chiang Mai?

Many tourists agree that the best time to visit Chiang Mai is during the colder season. November to January are ideal months with the rainy season tapering off and the temperatures dropping to comfortably cool.

While visiting during the dry season around February to March is also ideal for going around due to the absence of rain, heat and humidity may make it an uncomfortable experience.

What is there to do in Chiang Mai?

I think the question should be: What can’t you do? Besides this list of Things to Do in Chiang Mai to Keep You Moving, and this bonus list of Chiang Mai Nighttime Adventures to Hit After Sunset, the city has a tantalizing food scene and an eclectic mix of shopping places.

Truly, you will never run out of things to do! And if you’re pressed for time, check out our Chiang Mai travel guide that’ll give you tips on how to spend 72 hours in Northern Thailand!

Now you’re more than ready to plan your next trip to Chiang Mai! Got any more questions about the weather in Chiang Mai? Hit us up in the comments below!