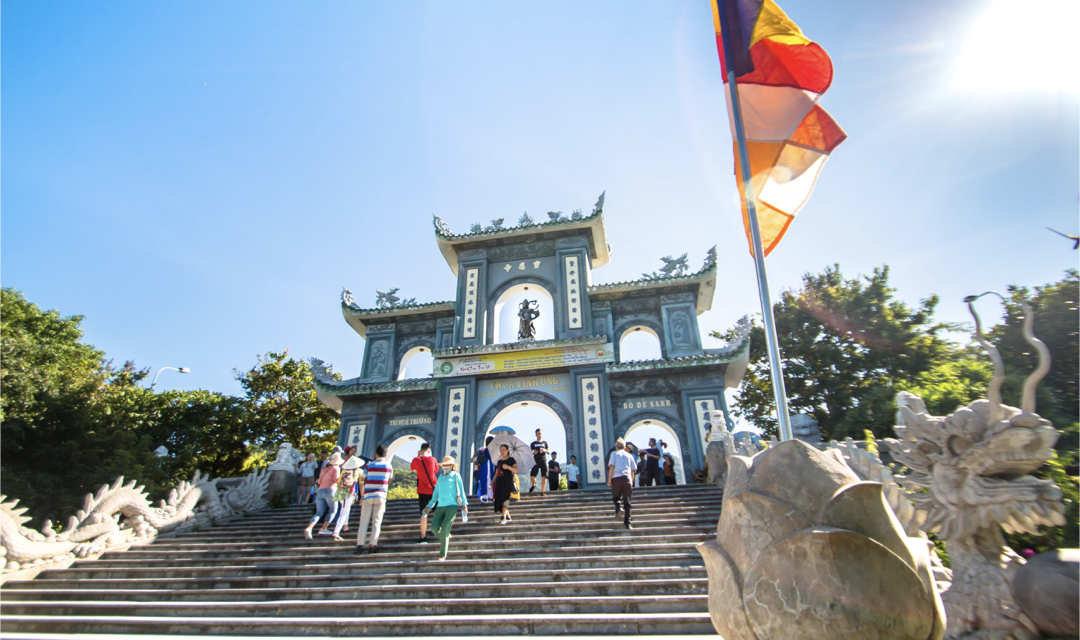 If you haven’t heard about this central city in Vietnam, then you’re missing out. This once backwater town has evolved into a full-fledged beach city littered with numerous skyscrapers and a good sprinkling of natural wonders and heritage sites.

With famous attractions like the Marble Mountains, My Son Sanctuary, Golden Bridge, Ba Na Hills, and My Khe Beach as some of its leading locations, Da Nang is fast becoming a tourist hotspot in the idyllic landscape of Central Vietnam.

So if you’re keen on visiting this Vietnamese gem, let us help you out! Read on for some FAQs about the weather in Da Nang, Vietnam to help you plan your trip.

What are the seasons in Da Nang?

Like its counterpart Hoi An, most of the Central Vietnamese cities experience a tropical climate. This means that the city roughly experiences two major seasons – the wet or rainy season and the dry or hot season. Generally speaking, Da Nang experiences a long rainy season, sometimes lasting from June to January, with the drier months usually lasting from February to May.

What is the average temperature in Da Nang?

Yes, being a city that experiences rainfall for more than half the year, Da Nang is no stranger to monsoons and storms. Precipitation is heaviest during the months from September to December, with persistent rain for up to 21 days in one month during the peak of the wet season.

When is the best time to visit Da Nang?

This will depend on your itinerary and your preference to temperature. If you’d rather avoid the high humidity levels and sweltering heat, then a good time to visit would be around December to January. The months are coolest during this time, making it easier for you to walk around the city.

If you’d rather not get rain on your parade, the best months to visit would be around February to May as these are the driest months of the year, making it perfect to stay by the beach.

Is there a time one should avoid visiting Da Nang?

Avoid visiting Da Nang during October as this is the month that sees the most rainfall. The non-stop rain can also lead to flooding in the city, which makes getting around much more difficult. If you’d also like to avoid the heat, then we would advise against visiting in June, as Da Nang’s temperature is at its highest during this month.

What is there to do in Da Nang?

We would recommend visiting all the cultural and heritage sites! Try exploring the cave temples and soaking up the spectacular views at the Marble Mountains. Marvel at the beautiful Hindu-inspired temples of the ancient Champa Kingdom at the My Son Sanctuary.

Tour Ba Na Hills, a quaint ex-French hill station – now one of Vietnam’s most popular sights – and cross the Insta-famous Golden Bridge supported by an enormous set of hands. Go on a cruise on the Han River and see the impressive Da Nang Dragon Bridge.

You can also go on a day trip to the imperial city of Hue and travel along the spectacular Hai Van Pass. Learn about ancient civilizations at the Cham Museum, visit the Linh Ung Pagoda (Lady Buddha Statue), and relax on the white sands of My Khe Beach.

Want to know more about the city like how to get there, how to get around, where to eat and more? Check out our comprehensive Da Nang City Guide!

So there you have it – the weather in Da Nang, Vietnam in a nutshell! And if you’re planning on visiting Hoi An from Da Nang or vice versa, you can also check out our weather guide to Hoi An as well.

Got any more questions about the weather in Da Nang? Leave them in the comments below!