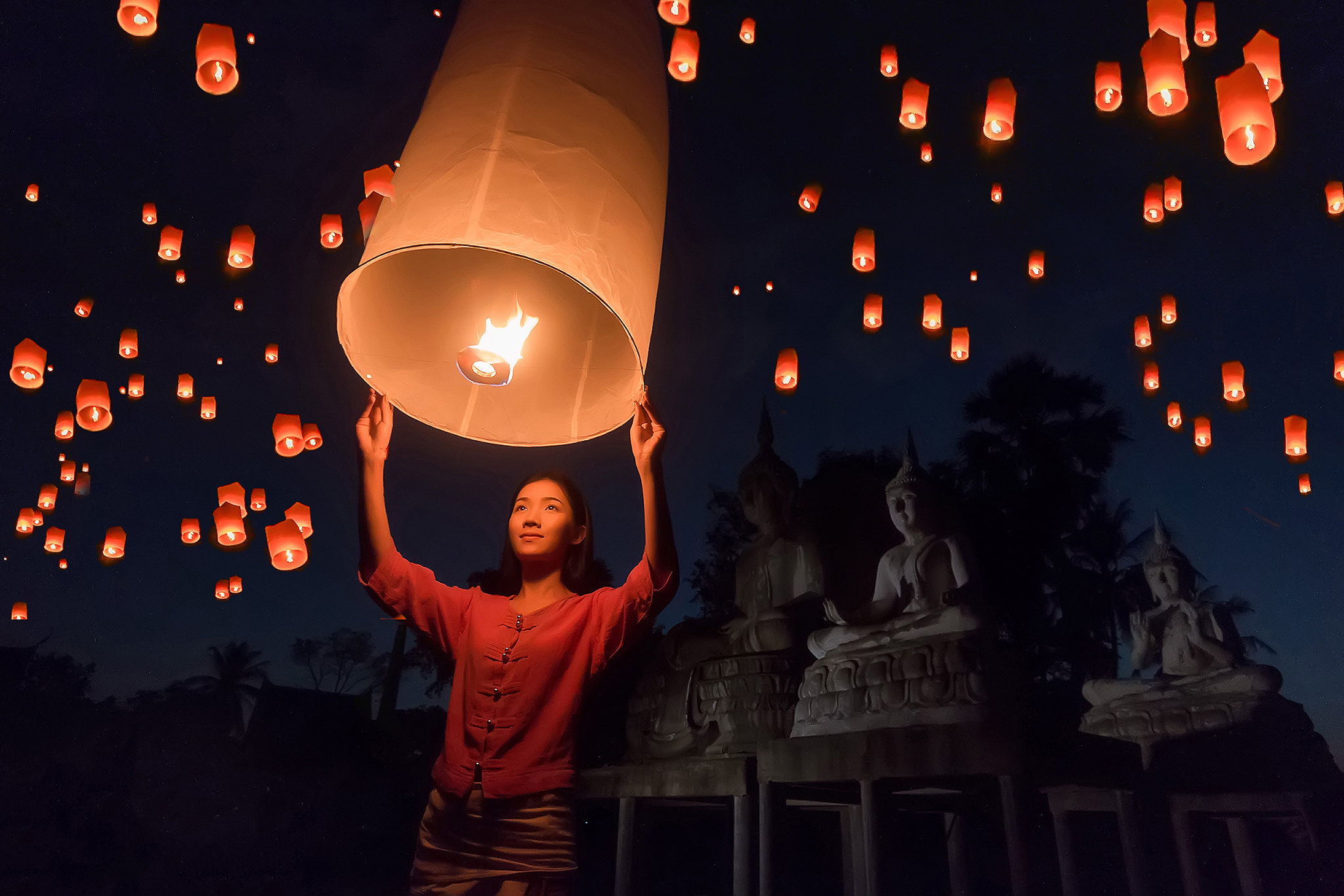 You’ve probably seen it all over Instagram: Chiang Mai’s Lantern Festival has become an Internet sensation due to dreamy images of floating lanterns against a backdrop of the night sky. We’ve put together a handy guide to answer all your questions about this popular Thai festivity.

1. What’s the story behind the festival?

The Chiang Mai Lantern Festival (also called Festival of Lights) has two purposes: one is to honor the Lord Buddha and thank him for the changing seasons, and another is to release negative feelings and cleanse the soul in time for a new year. The Thai name for the festival is rooted from the word yi (sometimes styled as yee) means “two” and peng means “full moon day”. It occurs alongside the second full moon of the Lanna calendar, where Thais traditionally make wishes as they release paper lanterns into the sky.

2. Is the Festival of Lights the same as Loy Krathong?

Those who have visited Bangkok and other parts of Thailand may have heard of Loy Krathong, a similar festival honoring the gods and marking the coming of spring. Loy Krathong and Chiang Mai’s Festival of Lights have one main difference: Loy Krathong sees candles float down the river on homemade boats, whereas locals in Chiang Mai release paper lanterns. While the sentiment is the same, the celebrations in Chiang Mai are more picturesque and attract more significant numbers of travelers.

3. When is the Chiang Mai Lantern Festival?

The Chiang Mai Lantern Festival falls on the 12th month of the lunar calendar, usually in November. The dates change each year, but you can expect it to be held from November 7 to 9 this 2022.

4. How much does attending the Chiang Mai Lantern Festival cost?

If you wish to attend an organized celebration and participate in the Chiang Mai Lantern Festival on a large scale, there are a variety of ticketed packages to purchase. These start from THB4,500 and usually include a hotel pick-up, food and drinks, and a couple of lanterns to release.

Alternatively, you can visit busy areas during the festival for free and purchase lanterns from vendors who usually charge around THB100. Want to witness the celebrations without cost? A free option is to visit a rooftop bar. From here, you’ll have the perfect panoramic view as hundreds of lanterns illuminate the sky.

5. Is lantern releasing the only activity at the festival?

Not quite. While the lanterns are released during one evening, a few additional events are timed around the festival. The Three Kings Monument and Lanna Folklife Museum host events the night before featuring live dance performances. You can also swing by the city moat, which will be full of candles. There’s no specific event here, but the site is incredibly photogenic.

6. How do I properly release a lighted lantern?

The first thing to know is that the paper is fragile and easy to tear. Your lantern falling from the sky is believed to signify a terrible omen, so handle it carefully as you release it.

Hold your lantern at the bottom and keep it taut as you release it. You might need a little help with the larger ones, so tag a friend to lend you a hand. Most importantly, don’t forget to make a wish as you release the lantern into the air.